A letter to Southwick Residents from our Chair

You are no doubt aware or Gladman's submission for outline Planning Permission to build 140 new homes on land off Wynsome Street, Southwick. This is the second of three known proposal for large scale developments in Southwick that together would see over 600 new homes built on greenfield sites within the village of Southwick. The real danger is that if just one of these proposals is granted permission to build, a precedence would be set to allow all three developments to go ahead. So we all need to object to each one of these proposal. We had a very good response to the Redrow proposal with well over 170 objection letters submitted, each containg on average 10 separate points of objection. I would ask everyone to do the same for the latest proposal from Gladman. Virtually all the key objections raised for the Redrow proposal apply equally to the Gladman proposal. In this respect, please find details of my objection letter to the Gladman proposal for your guidance:

With regard to the Outline Application for development of c140 new residential dwellings on open farmland north of Wynsome Street, Southwick, West Wiltshire. There is absolutely no justification for any large-scale house building projects in Southwick and I am therefore totally against this application. In this respect, please see full details of my strongest objections to this proposal below:

Core Policy 1 - Southwick is a village with very limited infrastructure, employment and general services and should be considered unsuitable for large-scale housing developments. Further large-scale developments would put already inadequate services under even more pressure. This would fall contrary to Core Policy 1 – par; 17 of the NPPF and does not meet the housing needs of Southwick. There are very few, if any, employment opportunities in Southwick. Houses built on these sites would only serve to attract buyers from outside of the village. We would then be in the ridiculous situation where houses built on this site for people to move into the village, only to travel significant distances every day to secure employment. Southwick would become a dormitory village/town, impacting the community. Public transport is identified as being good or sufficient to support amongst other things commuting to and from work, The limited bus service in Southwick may cater for very limited daytime core employment but there is little or no public transport availability post 17:00 for shift working, night working and late service sector staff working shifts, all of which are prevalent employment types in the Trowbridge area. Access to and use of a car is essential for movement to and from Southwick. In the absence of a full and comprehensive public transport support system, this development would only serve to increase the volume of vehicle traffic on local roads. In this respect, can someone please explain the point of building more and more homes in Southwick? If people have to commute across Wiltshire for access to the M4 corridor and major rail networks in order to get to work. I would ask what kind of community would this activity engender in Southwick? I suggest it will have a detrimental impact on its core fabric, affecting the general feel of the village, somewhat of a transient and semi permanent population.

I have very grave concerns regarding Gladman’s proposal. It does not bring with it any tangible benefits for the village, existing residents or future residents. The proposal is therefore detrimental to the integrity of the village and clearly the proposals aims need to be thoroughly questioned. I trust that Wiltshire Council will support its people and stand by its core ethical principles in this matter. In this respect I urge you to fully reject this proposal from the speculative operator Gladman.

Outline planning application for the demolition of agricultural buildings and the erection of up to 140 dwellings with public open space, landscaping and sustainable drainage system (SuDS) and vehicular access point from Wynsome Street. All matters reserved except for means of access 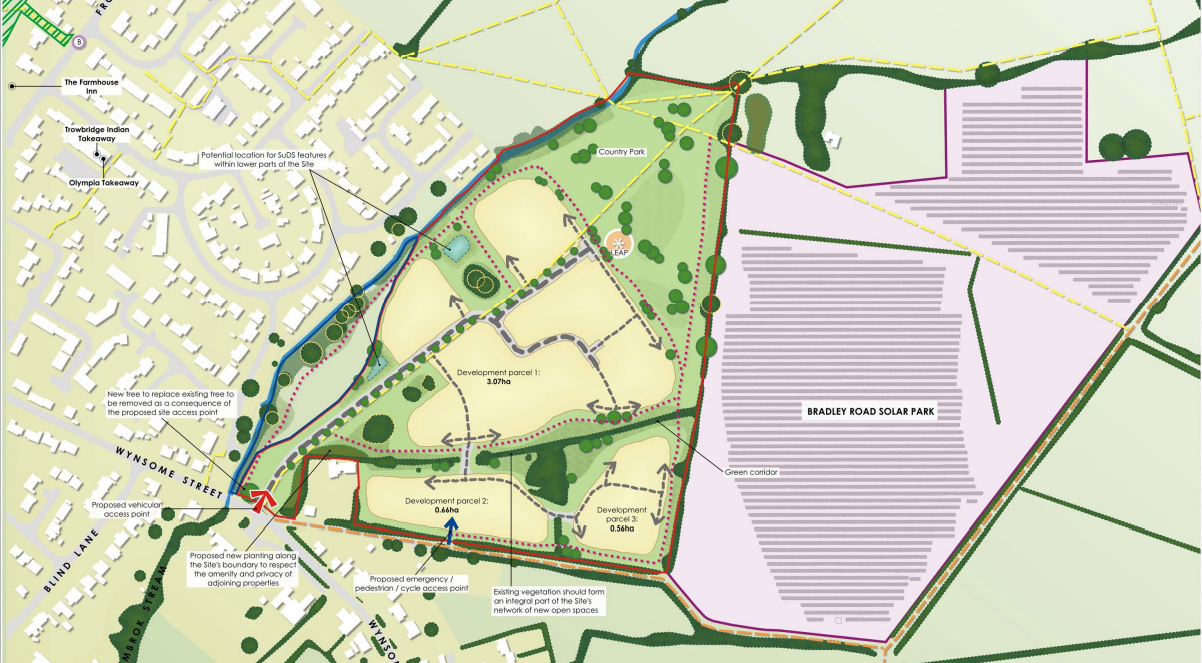 Sometimes to achieve planning success we have to go the ‘country mile’; this can mean finding a unique specialist consultant to address a technical issue, pioneering innovative planning strategies, or where necessary challenging or defending appeal Planning_Decisions in the High Court or Court of Appeal.

We never set a budget for the sites we work on once a landowner has decided to partner with us, no matter what the cost we will not give up if we believe planning permission is achievable.

Whilst we try to achieve planning permission locally, sometimes for a variety of reasons this is not possible and the site is refused permission at planning committee. This is nothing to worry about; on average around two thirds of our sites go through the appeal process.

Our Project Teams are highly experienced at running appeals and our planning Managers and Senior Planners are highly skilled at providing planning evidence at appeals.

The appeal will usually take the form of an Inquiry or an Informal Hearing, which takes place at a venue near the site. Our Project Team, together with a selection of expert witnesses and a Barrister (if required), will produce robust and detailed evidence and attend the appeal to give evidence to an independent planning Inspector.